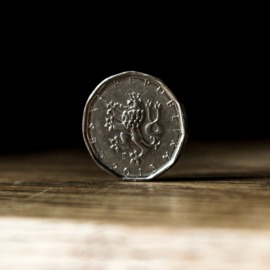 Posted by Calum on 7th April, 2022
There are two proverbs in Scottish Gaelic and Manx Gaelic: “Thoir gèill do ghis, Is gèillidh thu do ghis” [“Forsake a superstition, and you shall be forsaken to superstition”], and “Mannagh vow cliaghtey cliaghtey, nee cliaghtey coe” [“If a practice is not practised, practise will lament”]. Superstitions have a tremendous effect on are lives, if you believe in them or if you don’t, and they are just as abundant. It is easy to start a superstition but it is hard to avoid it or stop!

We have many interesting superstitions in our corpus as well: It is bad luck to put a sheep’s carcase of one croft onto another, bringing with it bad luck; it is bad luck, and was in the centuries past, to take a spark of a fire to another house where there is a baby. It was a belief that their teeth would not grow; a fist of dirt or sand on the top of a coffin at a funeral before it was buried.

The superstitions here are recorded and published in the magazine “An Rubha, Vol. 1 # 2” by “Baile nan Gàidheal: Highland Villiage”. The following géillinnean from Seumas mac Aonghais ’ic Uilleim ’ic Iain ’ic Iain ’ic Mhurchaidh, from Kingsville, Inverness-shire, Cape Breton, Nova Scotia. I have put them in columns according to whether they are a good superstition or a bad superstitions.

BAD: GOOD: There we have it for Gaelic superstitions this week. Do you have a superstition that is necessary that you must follow? Do you have a different version that we have not mentioned here? Let us know on facebook, twitter and our own website
< Previous
Next >
Your comment has been submitted for moderation