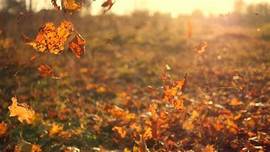 Posted by Calum on 2nd September, 2021
We have reached the middle of Autumn here and here is the time of harvest before us. We shall have a look at holy days, fayres and markings of weather to come as well.

An t-Sultain /Mee-veanagh yn-ouyr
14/09 - 26/09 - Fèill Ròid.
This day is celebrated the Holy Rood, the crucifix on which Jesus was crucified. It is around this time of the year that "An Dàmhair" ["The Deer Time"] shall be, in the older sense of the word where the deer start to rut. The bellows and roaring if the deer in the nights around this time. It is said on "Oidhche na Fèill Ròis" about deer “Ma bheir e cheann fliuch san Dàmhair,” ["If he bears his head wet in 'October'"] we will have dry weather after it.

15/09- 27/09 – “Oidhche nan Cnò, an Cnò Naomh.”
It is on this night just after Fèill Ròid that this day is. There is doubt as to what "Oidhche nan Cnò" ["Night of the Nuts"] means, but some are of the opinion that it was customary for people to de-shell the nuts on this day of the Harvest. There are two verses in English that gives evidence to this:

1. “This day, they say, is called Holy-rood Day,And all the youth are now a-nutting gone.”

2. “The Devil, as the common people say,
Doth go a-nutting on Holy-rood day;
And sure such leachery in some doth lurk,
Going a-nutting do the Devil’s work.”

A’ Bhuain/Yn Mheillea/YnMeailley.
This was a very busy time of the year with almost everyone working on the fields, or busy anyway working on things around the harvest itself. With the people working there was an interesting practice that was done with the final sheaf: A “Cailleach-bhuaineadh” was made, where a cross was made with it and it was fastened with ribbons for hanging it in the house on a nail. At the time of Spring the "Cailleach-bhuaineadh" was put one both the two horses used for the first ploughing. This was done in Islay and there are many references to the practice in "Seanchas Ìle" by Comann na Gàidhlig Ìle.
There is a similar practice shared in Scotland as in the Isle of Man where a “Cailleach,” or as they say in Man, “Baban ny Mheillea.” More practices of the harvest can be found in  “As Manx as the Hills” on the page about “Harvest Customs.”
There are other customs in Scotland where a female-scarecrow is put in certain regions to the last person that hasn't finished their harvest in comparison to their neighbours. The "cailleach" was an item of mockery and that is the reason why one says “Cuiridh mi a’ Chailleach ort!” if some one is done with something before the other person. In terms of mocking another person that wasn't finished with their harvest the songster Anndra Alasdair ’ic Anndra (Andrew “Linc” Laing), in Balemore in Payble area of North Uist, wrote the song “Òran na Caillich” about this business.
We have written a blog about the "Cailleach" already here if you wish to learn more about it.

29/09 – Là Fhéill Mìcheil/Féill Mìcheil/Laa’l Vaayl/Là na Marcachd/Là na Struthain.
This is a special day throughout the Highlands, one says "Lath na Marcachd" ["The Day of Riding"] for this day. There are many chants and lay about Saint Micheal, "Micheal nam Buadh" ["Micheal of the Virtues."]
The day is celebrated with many customs on this day: Mass is attended in the morning; a lamb is killed for sharing its meat; a horse is stolen (for the night only) and a struan is made. A lamb with the blemish or skin marking, called the "Uan Mìcheil" ["Micheal's Lamb"], and it is had with the struan as well. A struan, called "Struthan Mìcheil" ["Micheal's Struan"] is made with oats, rhye and sheep's milk. This incantation is said while the milk is put into the struan:
“Ruth agus ràth an treo, Rùn Mhìcheil, dìon an Treòir.” ["Progeny and prosperity of family, Mystery of Micheal, protection of Trinity."]
For the theft of horses however “Meirle eich na Fèill Mìcheil, Meirle nach do dhìteadh ’riamh.” ["Theft of horse of the Feast of Micheal, Theft that never was condemned"] is said.That is why the following names are given for Michealmas Eve: “Feasgar Faire nan Steud;” “Feasgar Fuarachaidh nan Each;” “Oidhche Cròthaidh nan Capall;” “Oidhche Glasadh nan Each;” “Glasadh na Fèille Mìcheil.” It is the expectation of the thieves to return the horses they stole, or took on loan, from the horsees' owners around the end of the day. Great races of every sort were held on Borg Machair in Barra, after everyone had went to the church. There is a huge amount of folklore about this day and more can be read about St Micheal's Day on the website Tairis and in the book “Carmena Gadelica 1.”

We shall continue with part three next month where we shall finish with holy days and fayres of the end of Autumn. Do you know know any of the days or customs above? Do you have another day or custom that you celebrate? Let us know on facebook, twitter and our own website!
< Previous
Next >
Your comment has been submitted for moderation

It is August and the harvest isn’t long until the Harvest will be here and the Gaels have many a verse and phrase about it as well, with some of them recorded in “Carmina Gadelica: Volume 1” by Alexander Carmicheal.