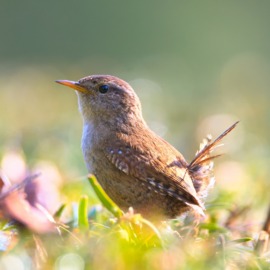 Posted by Calum on 23rd September, 2021
There are two proverbs in Gaelic that are very true “Cha robh sgeulaiche nach robh breugach” [“There was never a story-teller that wasn’t deceitful”] and “Cha robh ceileach nach robh breugach” [“There was never a reciter that wasn’t decietful”] because even though the story looks and sounds true to us there is always a lie of a half-lie within regardless. But I wonder if the situation is the same for a Songter, and songs even? There are a number of times where you can find, hear and write a “Òran Breugach” [“A Deceitful Song”], but why were they written then? It looks as though they were written for many reasons. We shall have a look at some of them in the blog here.

In every song there is imagery of birds, the playing of musical instruments and dressings of clothes of different materials. This is clear in the “Òran Breugach” in the book “Tales of Highland Perthshire” by Lady Evelyn Stewart Murray. By the looks of it there is a story connected to it; There was a man and he was about to marry a woman, but he was told that he would be hanged by the woman's father if he didn’t write a song without a word of truth in it. He made the song but he said one word of truth in the end. Therefore he wasn’t hanged and they married:
“Tha cù an dèidh mo ghaoil orm,
’S cha bhi mi beò às t’ aoghmhais.

The pig is making silk for us
And the cat is making pins,
The badger is playing the pipes
And the hen is cardin wool.

I saw the little wild ducks
And they were working as stonemasons,
The wren with his barrow
Carrying stone and lime for them...”]

There is another version of the same song with the name “Òran an Dreathain-Duinn,” sung by Alasdair Stiùbhairt, on Tobar an Dualchais.

In the same book there is “Òran Breugach Eile” but there is no story behind it, so far as we know:
“Chunna mi na chunna mi
Nach fhaca duine mo sheòrst,
Chunna mi na feadagan
Len caibeachan uaine mòine.
Bha pìob mhòr air an fhitheach,
Fiodhull air an ròcais,
Targaid air a’ bhutagochd
’S musgaid air an smeòrach,
Claidheamh fiar air an dreathann,
’S e gu leathann còmhnard.”
[“I saw that which I saw,
That a person of my kind did not see.
I saw the plovers
With the green peat-spades,
The raven had a set of bagpipes,
The rook had a fiddle,
The snipe had a shield
And the linnet had a musket,
The wren had a curved sword
Which was broad and smooth.”

There we have it for deceitful songs again, I hope you that you don’t believe that everything is now a lie after reading this! Do you know any of the songs above? Do you know a deceitful song or verse as well? Let us know on facebook, twitter and our own website!
< Previous
Next >
Your comment has been submitted for moderation