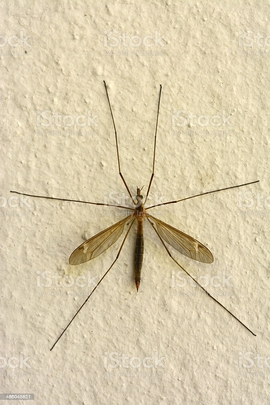 Posted by Calum on 10th September, 2020
A couple of days ago I was “travelling the glens” in Glen Auchtertyre before a “Daddy-Long-legs,” or “crane-fly,” appeared in my face. As soon as it appeared it left and I didn’t know what to say to this wee beastie. I pondered if there were many words for it and that it would be good to to name them in a blog. Therefore, perhaps some of you are unwilling to talk about beasties and insects but we shall have a look at the names of this insect!

Starting in the Western Isles, close to the Butt of Ness, in Barvas Bodach-na-mòintich [“Old man of the Moor”] can be heard. It makes sense because the moor is an appropriate place for “the old man” here. In Crowlista and Bayble there is Murchadh na Mòinteach [“Murdo of the Moor”] in the two districts, and the most common name we have for this creature is found in Caversta; Tarbh-nathrach [“The serpent-bull”]. “Tarbh-nathrach” is what I learned first before I learned there were different names in different districts. In West Uig it is interesting to see there is another personal name used instead of “Murchadh” and that is Calum an t-Sabhail [“Calum of the Barn”] is its name. Going South to Harris there is another name similar to Calum an t-Sabhail to be found and it is Calum-Figheadair [“Weaver, Knitter-Calum”]. The people of the area must have been keen on the name and I could understand why (I am quite biased about it...) This name was in Quidinish and in Leverburgh with the name Caraide-Spàgach [“Flay-footed-Friend”] as well.

Over the kyle Cailleach a’ Bheing [“Old Woman of the Bench”] can be heard in North Uist. It is interesting to see that the gender of the creature is changed here, it is almost “Mummy-Long-Legs!” That makes sense as the name Cailleach-Chòsach [“Porous/hollow old woman”] is used for a Sgleutag [“Little slated-one”] (a Slater, Woodlouse) and other beasties of the sort. In South Uist Breabadair [Weaver] found, in South Boisdale, and this in interesting because some will say “Breabadair” for a spider in some parts of the wider Gaelic-speaking areas. In some areas it is an interchangable word and in others there is another respective meaning to them.

Over the Minch Tarbh chuileig [“Bull-Fly”] was found in the Isle of Skye and over the Kyle of Raasay both Colgadan-na-lampa and Gobhladair-na-lampa [“Little forked-one of the lamp(?)”] can be heard. To the inner Hebrides the name Cuibheall-chrò can be found in Caolas, Tiree, and the word can be used for a specific toy as well [have a look here.]

We have another breabadair here in “Fieldwork”; Breabadair-ladhrach [“Hoofed -Weaver”] was recorded in Applecross. Going to Strathglas, somewhat similar to Breabadair, Figheadair-fodair [“Straw-weaver”] was found. It is the same case with figheadair as it is with breabadair, that people of other areas will say figheadair for a spider and other Opliliones. There is another word similar to “Damhan-allaidh” [spider] to be found in Killin and it is An Damhan rong mhòr. It is interesting to see that and that the words are interchangable with each other. The name Gille-giobanach [“Trimmed-lad(?)”] is recorded in Strathglas for the regular word in Kintyre.

In the dictionary “Gaelic of the MacKay Country” the name Anndra nan Cas Fad’  [“Andrew of the Big Legs”] is heard, another name similar to Murchadh na Mòintich and Calum-Figheadair and I’m fond of that name because “Anndra” [“Andrew”] in my family! This is a good blog to be biased, despite the subject of the blog! In the dictionary “Gaelic Words and Phrases from Wester Ross” by Roy Wentworth the name “Corra-bhainne” is found.

The Gaels, of every corner of the world, are of the belief that some animals speak their own language, much in the way that we have.

There isn't a creature on earth that the Gaels hate more than the radan [the rat].

It wont be long until Halloween and people will be prepared and ready to tell ghost stories and spooky stories to all their poor friends.

October has descended upon us and almost everything has started to slow down before the end of autumn, but things are just starting for the deer, or the “àbhaich” if you prefer.